This is actually an interview I did for www.yabookscentral.com in March.

Did you ever run away (even briefly) when you were a teenager?
No, my problem was that I'd simply forget to come home. I wasn't good at running away, but I was a GREAT at breaking curfews.

Which poem (by another author) has spoken to you the most?
This is such a hard question! I love the language in 'The Love Song of J. Alfred Prufrock' ' so juicy and delicious. And I love this poem 'Casabianca' by Elizabeth Bishop and also a poem called 'Stephanie' by a more obscure poet, Roger Fanning.

Are you working on anything now?
I am writing a new book for Little Brown that is in both poems and prose. It's about three girls who meet in a Shoplifter's Anonymous support group. And I'm working on various movie scripts and have a movie coming out called 'She's the Man' starring Amanda Bynes, which is based on Shakespeare's 'Twelfth Night'.

Do you have any advice for budding poets?
Read lots of poetry ' classic as well as contemporary. Browse the bookstores and libraries for poets you like, and maybe even go to poetry readings. Finding your voice comes from reading a lot, and of course, writing as many poems as you can. Also, don't feel married to telling the truth in your poems ' write poems from the point of view of people who aren't you because sometimes it frees you up to be more creative.

Which poets have influenced you the most over the years?
Sharon Olds, Sylvia Plath, Anne Sexton, Amy Gerstler.

What was your favorite book as a child and as a teen?
'Forever' and 'Starring Sally J. Freedman as Herself' by Judy Blume.

What is your writing process like?
I write in fits and starts and don't really have a set schedule (although I should probably get one). I wrote quite a bit of this book while I was visiting my parents in my hometown near Seattle. I'd drive down to the beach with my laptop (incidentally it's the same beach I always hung out as a teenager) and sit in the car and listen to music and write. People who were there digging for oysters thought I was nuts. 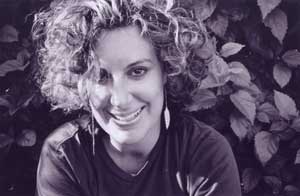 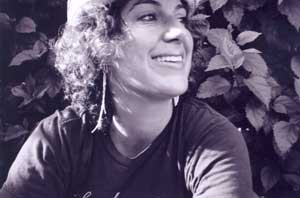